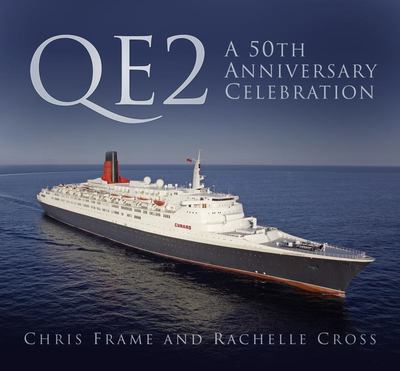 FIFTY years ago the last British-built transatlantic liner was launched. Christened by HM the Queen on 20 September 1967, the 963ft-long vessel was named Queen Elizabeth 2. By the end of that same day, she was already known by her famous nickname: QE2. Fast, smart and sleek, QE2 sailed over 5.6 million miles and carried more than 2.5 million passengers during a magnificent career spanning nearly forty years. Put simply, she carried more people further than any ship before her and remains the longest serving express liner in history. Having sailed both as a liner and as a cruise ship, served her country in the Falklands conflict and undergone multiple makeovers, she also has one of the most fascinating histories of any vessel and remains one of the best loved and most celebrated. With stories from captains, crew and passengers, and an unparalleled collection of photographs, Chris Frame and Rachelle Cross bring the majestic QE2 to life in this commemorative tribute.

Chris Frame and Rachelle Cross have written a number of successful books, including the Photographic Journey series, and many books for the Story series, as well as A Photographic History of P&O Cruises and An Evolution of Transatlantic Liners.