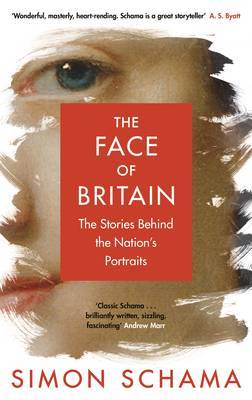 "Simon Schama for teasing out extraordinary tales. Combining his two great passions, British history and art history, for the first time, he turns Britain's most remarkable portraits into mesmerizing stories of love, power, fame and fortitude - which are beautifully illustrated with the treasures of the National Portrait Gallery. The modest and the mighty, from friends and lovers to monarchs and rock stars, are brought to life unforgettably. With dazzling breadth and panache, Schama shows us the extraordinary lives of our fellow Britons - and helps us see ourselves in a new light.

He knows the history, the biography, and the art history...he made me look and learn. He is a great storyteller and we learn something new on every page. -- A S Byatt New Statesman Some of the best writing on British portraiture I have read. -- Bendor Grosvenor Financial Times He has animated our portraits superlatively. One of our most in-demand public intellectuals has deftly ventriloquised his talking heads. -- Stephen Smith Evening Standard Schama's greatest gift is a sure eye for an extraordinary story...This isn't what you get from conventional historians or conventional art writers, more's the pity...Schama has written books which will still be bought and talked about a century from now and he hasn't lost an ounce of zest or intelligence. Damn him... -- Andrew Marr Prospect All of these lives rendered with an acuity of detail that could rival the best of portraitists ... describing Lawrence's portrait of Wilberforce, Schama calls the painting a work of "transforming empathy". That phrase could be true of his storytelling throughout this book. -- Ekow Eshun The Independent Simon Schama's richly illustrated history of Britain in portraits is a work of dazzling panache ... a book to devour. -- John Carey Sunday Times Wonderfully compelling ... what this book, full of unhackneyed paintings and unfamiliar stories, shows is that when Schama is at his best he can see straight through people. -- Michael Prodger The Times Rich in its variety of subjects ... poignantly memorable -- Martin Gayford Telegraph He is both an inspired communicator of detail and context, an excitable and exciting critic and a sleeve-tugging gossip. The idea of portraiture is a perfect vehicle for his detailed imagination...the subjects of the portraits become uncannily alive. -- Tim Adams The Observer Viewers of his TV shows know what a passionate presenter of his subject - art history - Simon Schama is. He button-holes your eye on his inward voyage of imagination. He does it as compulsively on the page as on screen ... I welcome back in this book history as people - people whose characters can be read in their fascinating faces. -- Peter Lewis Daily Mail Inspiring ... Schama tells it with panache, weaving facts and anecdotes into a vivid history. Observer on 'The Story of the Jews' Schama has a masterly ability to conjure up character and vivify conflict Financial Times on 'A History of Britain' With Schama you look at a picture and see it as you hadn't before Telegraph on 'Rembrandt's Eyes' Splendid, spirited, immensely enjoyable and wide-ranging Financial Times on 'The Story of the Jews' Shows Schama at his best ... as full of memorable incident as a Bellow novel and wittier than a Woody Allen movie The Times on 'The Story of the Jews' Schama writes with grace and wit, and his enthusiasms are contagious Anita Brookner on 'The Embarrassment of Riches' Dazzling, beyond praise Sunday Times on 'Citizens'

Simon Schama is University Professor of Art History and History at Columbia University and the prize-winning author of seventeen books, including The Embarrassment of Riches, Citizens, Landscape and Memory, Rembrandt's Eyes, the History of Britain trilogy and The Story of the Jews. He is a contributing editor of the Financial Times and his award-winning television work as writer and presenter for the BBC includes the fifteen-part A History of Britain and the eight-part, Emmy-winning Power of Art.